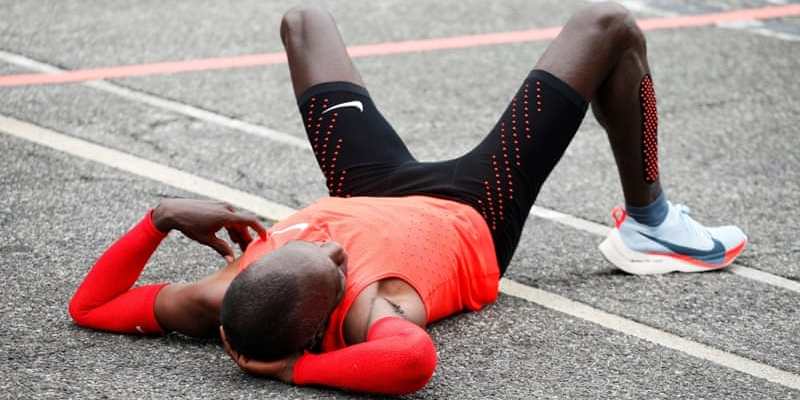 Now, this title could be misleading to a lot of people. ‘There is no one way to make someone a better runner’ I hear you say, but I am going to be bold, and prove you wrong. There is one simple word that will make ANYBODY a better runner, whether you are just starting out or if you’re a Nike sponsored marathon runner:

Wow. Shocker. Who knew that being consistent with your training could make you a better runner? Sarcasm as I am sure you know. The problem arises when you ask an individual to define what they think of when they hear the word ‘consistency’. Consistency in training means you never miss a run, session and you commit yourself to your own improvement. Just to clarify, I am there are a lot of you who are very consistent with their training and are constantly improving week after week. However, I know there are a lot of you who are struggling to improve, and pounding the ground at your local Parkrun each week running the same time month after month, and that can be down to the consistency of your running.

Let me set an example: say you have an aim to run 4 times a week, every week on Tuesdays, Thursdays, Saturdays and Sundays. You may be able to keep that up for a couple of weeks, but with the majority of people, life gets in the way of that, and that is where consistency falters. One Tuesday could be heavy snow, so you choose not to run. One Thursday your car could break down, and you spend all day trying to sort it out, so you choose not to run. One Saturday you could have a family birthday, and stuff your face at a buffet, so choose not to run. And you guessed it: one Sunday you could choose not to run, for many a reason. You get my point. Life does get in the way, but notice how I said the word ‘choose’ when it came to your reason not to run. The days off add up, and act as a massive blockade in your ability to improve.

The key to consistency is compromise. It’s changing your day so that you can run. It’s bending the rules of your usual lifestyle to fit in your runs. For example, it could mean getting up earlier so you can get it done before a busy day. It could mean not eating as much at the family buffet so you are still okay to run when you get home. A lot of people make up excuses not to run, which often have easy ways around them. At first you may struggle to be motivated, but I promise you, after several weeks of REAL consistency, you will be seeing dramatic improvements in your own running. After that, you won’t struggle with motivation, as the feeling of running faster is universally unparalleled.

Do you think Eliud Kipchoge would of been able to run a 2 hour and 25 second marathon by missing runs because of the rain? or because he’d had a long day and he was too tired? Nope, he ran a 2 hour and 25 second marathon by being consistent, persistent and he loved what he was doing. The truth is, if you really wanted to improve your running, you know that sacrifices sometimes have to be made to make the training happen. So, fight your demons, be consistent and get faster.

Once a runner, always a runner.

2 thoughts on “The secret to improvement..”